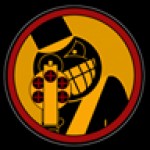 The forum ‘Special Interest Divisions’ is closed to new topics and replies.