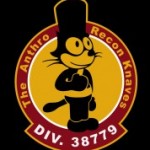 The Anthro Recon Knaves (A.R.K.) are dedicated to infiltrating the phenomenon known as the “Furry Fandom” in attempt to recruit them into the Army of the Toy Soldiers. We alone dare brave the depths of the fandom at parties, get-togethers and conventions to show the creative, imaginative “Furries” the great news of the toy soldiers. Many furry events are known only to furs and it is through this division that we shall band together and coordinate to best find ways to brainwash this usually reclusive and withdrawn group into the TSA.

We also hope to raise awareness of the fandom to the masses in hopes of negating the general dislike and mistrust due to a small number of people with bad reputations. The fandom is an all-encompassing group that accepts any and all who wish to join it’s ranks as long as they have the shared interest in Anthropomorphic creatures be it in mythology, art or otherwise.

We can also be found on Furaffinity.net at http://www.furaffinity.net/user/toysoldiersunite/
Greetings to those of you who found us through this account!

Here’s an incomplete list of conventions going on in 2012! If you would like to invade a convention, or a meetup, please contact the leader of this division, CaeciliaKolibri.

Here is also a map of all the furry cons all over the world: http://greenreaper.co.uk/wikifur/ConventionMap.html

***Mind you, if you want TS to be there, organize something! Since the division leader lives in California and can’t be everywhere (though she’d love to), she can’t oversee or plan much from afar! She will, however, plan anything within her area and do a lot online.***

***If you would like to organize an invasion at a convention, please contact Caecilia Kolibri (the division leader). She will give you the necessary information you need, post up a journal on the FA page for discussion on the invasion, and help you form an organized and effective brainwashing plan!
Thank you!***

Capt B Voodoo active 16 hours ago