about the new org F.I.R.E. development

about the new org F.I.R.E. development 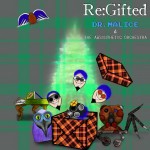