You are here: Home / News / Tales From The Digital Bunker / ValenCrimes Day 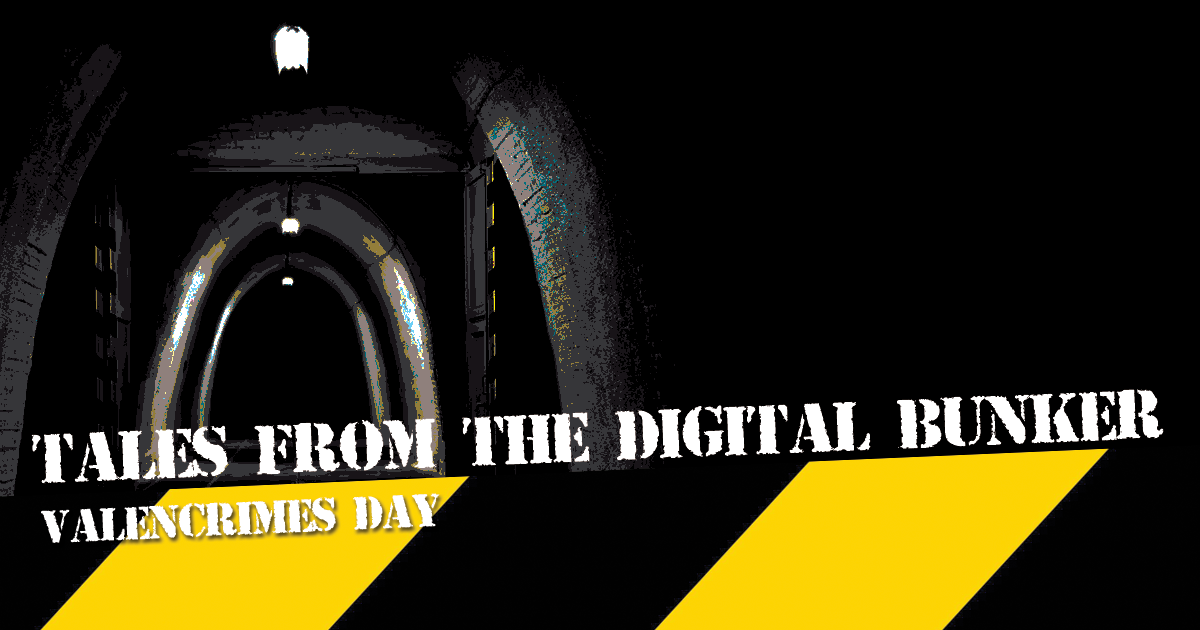 Tales from the Bunker: Valencrimes Day

Holidays in the Bunker are not always a time of unbridled joy. Just like anywhere else we have our issues. There are fallings out, some soldiers get gifts that are boring, useless or just plain dangerous and there is always the threat of another feast prepared by The HotDogMan. We still haven’t quite got the smell of steamed meat and brine out of the mess hall….
One year in particular sticks in memory. The year some bright spark let Fiend Computer watch some of those seasonal horror movies. What would follow will forever be known as: “The Holiday of Ironic Death Traps” or “Valencrimes Day”.

It all started subtly. It was early February and the Soldiers and assorted rodents that celebrated Valentines Day were making their preparations. Everybody seemed pretty chill and the anti valentine soldiers had their exclusion zone set up well ahead of time. Then the instant messages started arriving.
A few messages sent with subject lines like “we need to talk” or “I have always wanted to tell you this”. These would then lead the recipients to abandoned and dangerous areas of the bunker. While it was troublesome, nobody got hurt. A detail we would only notice later was that all the locations for these clandestine meetings had working security cameras, a rarity on the abandoned floors.

While the “get stood up, get lost” messages were happening we started getting reports of explosions in engineering. Glitterbombs had began exploding over soldiers crossing high gantries, little foil hearts blinding them and making it slippery underfoot. Witness reports indicate that they exploded while playing the trumpet sting from the Beatles’ “All you need is Love”.
Response bots and teams were beginning to get deicidedly overworked dealing with all these incidents, still with no idea from where they originated. The Incident Response Team were brought in to investigate.

Hours, then days went by with no more incidents. Everybody began to calm down slowly. Work on finding the source of the messages continued slowly, layers of encryption peeled away as areas of the network once thought dark were rediscovered.
The day before Valentines Day, everything went insane. The threats went from significantly dangerous to actively life threatening.

All of the confirmed single engineers were invited to a special party on floor 54127 in what they thought was a secret dance hall. A glitter ball had been set up and soft music was playing. Luckily, one of them cottoned on to 54127 being mainly industrial crushers. After a paniced evacuation to the strains of “Love is an Open Door” everybody escaped, though several lost their goggles, hard hats and gizmos.

We then found that ornamental cherubs had been placed throughout the Bunker, camoflaged within the normal decorations, and were now firing actual arrows at anybody who came within range. The entire nurse division were pinned down in the medical bay and the response teams were rapidly running out of uninjured soldiers.

In the end it was the brave soldiers of the catering teams who saved the day. If it hadn’t been for the experimental hot toffee cannons clogging the damned cherubs up, we’d have all been doomed to a short life as pincushions.

With the disabling of the cherubs, the investigation team managed to activate countermeasures to stop it happening again. Apparently one of the mad AI of the Robot Repair Hospital had become particularly evil. Fiend Computer insisted he was not to blame, but after a digital tribunal by a committee of his peers, he was into isolation in a Virtual Environment under the care of one Spymaster Danov Valravn. He has been assigned to him ever since.