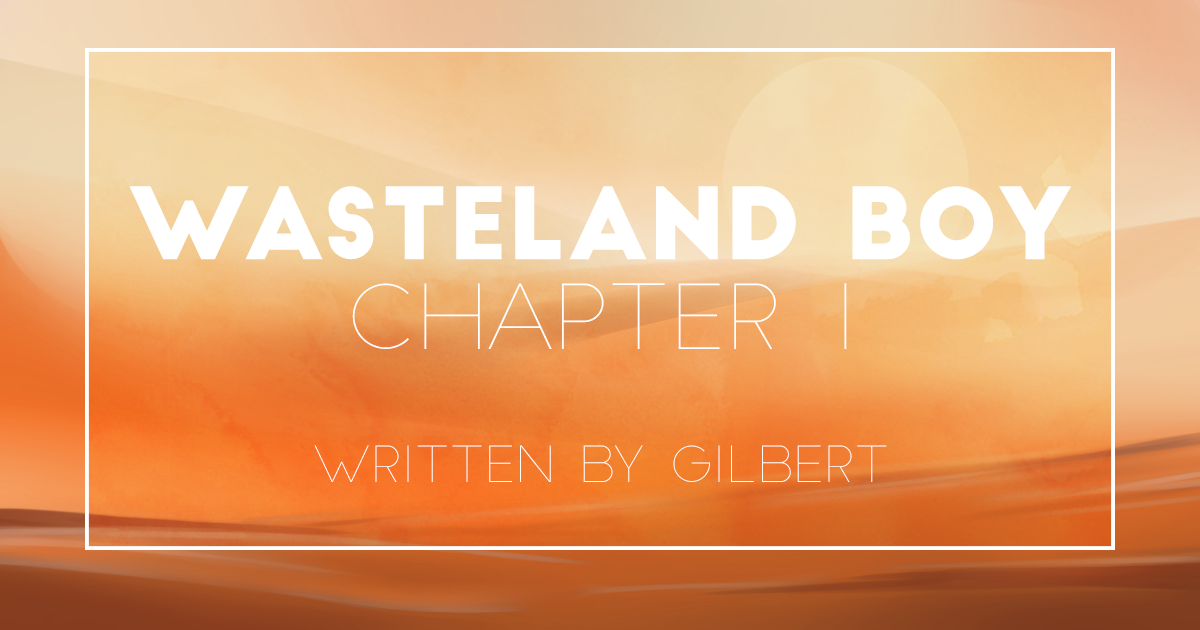 The acidic rain trickled down the bunker lid. There were no windows to see the lightning, but the loud thunder reminded Agnes of bomb explosions. It has been a few years since the last bomb was dropped anywhere near, the war was finally over. Her sister shivered each time she heard the rumbling outside, clutching to her book and pretending to read as she silently fought her paranoia of bombs. She wasn’t the only one in the bunker with a similar condition. Many people in the bunker were shrieking, whimpering and whispering calming words to each other as the storm outside progressed to its loudest performances. Agnes looked down at the child in her hands and smiled at his peaceful sleep. He never seemed to be bothered by anything. He grew up in a loud, chaotic world, but was on the contrary quiet and calm. He had shiny ginger hair and grey eyes. His relaxed pale face had a few freckles, even though he rarely went outside.

Agnes stroked some hair away from his face with her gentle hand and sighed. It was terrible to think that he grew up in such a pressured environment. A childhood spent in a bunker wasn’t the best choice, but it was the only choice at a time like this.

She closed her eyes and pulled her son closer, sharing warmth. Her thoughts eventually calmed down and she began falling asleep. Somewhere in between her dreams and reality, she heard an airship landing outside. An image of a soldier flashed in her memory. She forced herself to open her eyes and looked around. No one seemed to pay attention, trapped in their own thoughts. Agnes carefully put her sons’ head on her sisters’ lap.

Her sister nodded slowly and continued staring at the ground, crinkling her skirt.

Agnes quietly made her way to the exit. She put her shawl over her head and lifted the heavy lid, making the storm sounds in the bunker louder for a moment. Over the monotone of the rain, she heard propellers, saw something large in the sky shine in the lightning. She began running towards it desperately, yelling something to it, trying to get its attention. The thunder blocked out three gunshots and her body collapsed in the garbage. The rain fell on her, quickly expanding the wounds, washing away blood and with it, Agnes herself.

By morning, the storm has calmed down and the sun rolled out from the horizon line, lighting the wet wasteland with its warm, orange light. Rusty gears, metal plates and plastic wrappers glistened and sparkled under it. Vapor began rising from the garbage and soon everything was covered in light fog, making everything enchantingly beautiful. The bunker residents have finally fallen asleep when Clyde opened his eyes. He looked around instinctively for his mother, but didn’t spot her among the sleeping adults. He looked up at aunt Lisa. He could never figure out why she smelled so strangely if everyone ate the same food and washed at the same time. He sat up and rubbed his hands together to warm them up, then stood up and did his daily walk around the bunker, trying to spot the first person that wakes up.

Nothing seemed suspicious about his mom’s absence. Maybe she climbed out for a walk? The little boy grinned and started walking faster. What if she is walking somewhere in the bunker, also looking for the first person to wake up? He stopped to pick at a wall. According to his estimate, if he picked a bit of the paint off this wall each day, in about a month it would be paintless and he would be allowed to draw on it. He didn’t have any specific numbers down, but he knew he was right. Somewhere down the hall he heard Aunt Lisa call his name. He ran back to her.

Lisa kneeled beside him, taking his hand instead of her skirt.

“Where is your mommy?”

Clyde shrugged. Aunt Lisa always asked stupid questions and worried about everything. It was only natural for her to panic at the absence of her sister. To free his hand from her grip, he mumbled that she might have gone outside. Lisa clutched to her skirt again and ran to the exit, causing an unusual commotion, waking up a few of her and Agnes’s close friends. It all happened so quickly, Clyde couldn’t memorize who woke up second and third. They all climbed out and told Clyde to stay inside, which he obediently did, returning to his morning routine. Soon enough, the rest of the bunker residents woke up. A few asked Clyde where his mom was, to which he replied that she is out with Lisa. In about thirty minutes, according to a golden pocket watch Mr. Morrison had, Lisa and her crew returned. They all looked like they’ve aged. Clyde ran up to his aunt and asked where mommy is. The way she looked at him sent shivers down his back. His smile curved down and he stepped back. Everyone in the bunker looked at Lisa and everything became dead silent. Clyde could hear a light bulb flickering somewhere. Such silence scared him even more.

Lisa forced a smile onto her face and scanned the room, looking at each person’s face before returning her gaze to Clyde. His grey eyes Blinked a few times, tears forming in them. Lisa felt her heart ache as she imagined his reaction to what she had to say. She opened her mouth and closed it, unable to say the truth.

“I don’t think mommy is coming back. She left somewhere.”

Her voice trembled. For once, her hands let go of the skirt and dropped down to her sides. she couldn’t stand looking at Clyde’s face and walked past him, to the meeting room, with the rest of the adults following her. Clyde stood in the room, frozen, processing what has happened. He tried to think optimistically, but tears went out of his control and began streaming down his cheeks. He went to the nearest corner and cried for a bit. He knew adults wouldn’t lie, but he couldn’t understand why mother left. More importantly, why she didn’t want to come back. Still sobbing, he walked over to the meeting rooms’ door and leaned his ear against it. He could only catch a few muffled phrases.

“-Yes. In a few years when he is grown enough, we will… For now, let’s leave it as it is… We will all raise him to our best ability.”

Clyde heard chairs moving and footsteps heading towards the door. He walked as far away from the door as he could, wiping away leftover ears. A smile made its way back to his face. Mom was probably in a better place, waiting for him. All he had to do is find her. In a few years, the elders said.