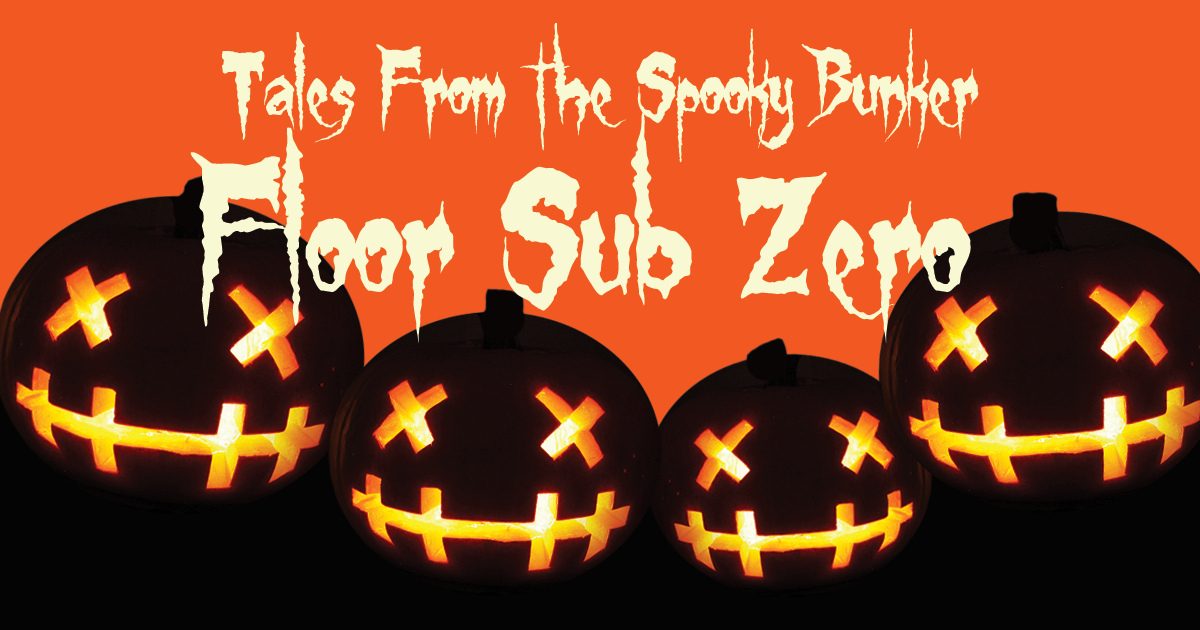 I have a sweet tooth of some renown.
So when I heard that there was an entire sub level within the Digital Bunker for Ice Cream, Ice Lollies, Pavlova and other chilled treats, I had to investigate.
Expecting severe cold I put on some thermals, a heavy coat and strapped an instance of FiendComputer to my arm in case I needed to override anything down there. Since this wasn’t a clandestine mission I made sure to send an update to Lt. Sophie, confirming what I was doing.
After all, strange things happen to the unprepared who visit the less populated areas of the Bunker….

*This is a stupid idea. You do realise the freezer section you are looking for is outside standard diagnostic range?*
“Enough FiendComputer. I know for a fact there was a whole rack of mint chocolate chip in the inventories that from cross referencing the records, should still be down there.”
FiendComputer as per usual was complaining. It always hates being outside its core server cluster and being portable was worst of all. I had to wear it though, as the area I was heading to was a bit of a black spot for communications and scanning.
*You do know there is a 32% chance of you getting frostbite down there.*
“I know. We cannot keep losing areas to degradation though. Especially ones willed with delicious soft serve.”

The lift rattled as it headed down into the lower floors. The rails squeaked and groaned. Maintenance was just a word down there. With a shudder, the lift stopped, doors sliding away to reveal a tunnel, lit by the reflection of my torch on the frosted walls. Moving slowly to avoid losing my footing, I crept along the corridor.
Every few metres was a solid steel door with a porthole mounted into the wall. This was definitely the place.

*Don’t let me interrupt your frozen death, but I am picking up movement.*

This was an unexpected turn. I had been expecting an empty area, maybe with some dangers posed by faulty equipment, but not company. Quickly I hid myself in one of the freezers, peering out the porthole. There was a loud clanking, a crescendo clattering its way down the corridor, closer and closer.
From the corner of my eye I saw a spherical metal shape, topped with a white hat. Steam swirled around it.
It appears I wasn’t the only one investigating the food stores…
I moved away from the porthole. It was him.
As I backed up I bumped into a shelf, it’s stone hard, frozen contents tumbling down on me.
The last I remember was the smell of mint. And cold…