Tales From The Digital Bunker: The Great Game 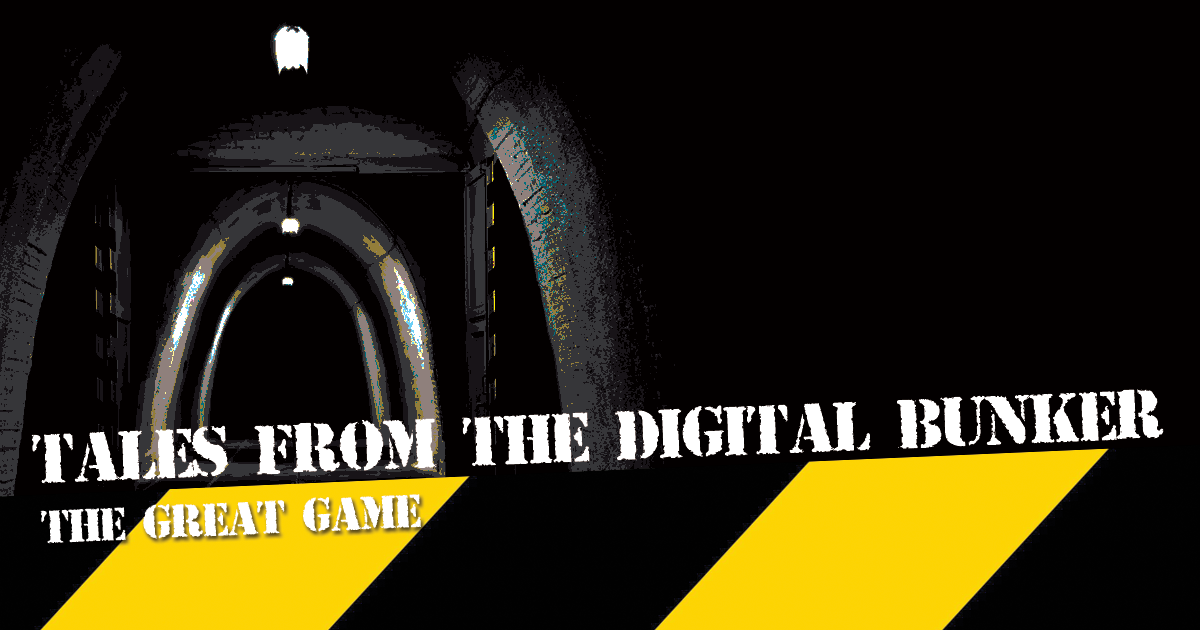 Every global organisation has its secrets and the Army of Toy Soldiers are no different.

When I first elected myself Spymaster General, I thought it would be a bit of a laugh, just some fun like everything else the Toy Soldiers were known for.
Perhaps I was naïve.
Everything has its price in this world. Even something as simple as fun has to be fought for.
The following reports are a catalogue of the strange occurrences that happen when you rig a facility to bend reality for the sake of fun. When you genetically manipulate small mammals and build insane robots in the name of fun. Sure, there is a lot of fun, but the weird is often close behind…

Valravn Report 295a: The Great Game

It was some time ago I remember going down into the sub-levels looking for adventure, as you do when you are a young man with a sugar and caffeine addiction, a portable CD player and the latest Nu Metal album to blast through it (Spineshank’s “Self-Destructive Pattern”) . Walking through those dark, dusty tunnels, my flared jeans leaving swept trails in my wake, I heard a rather unusual noise.
“Plink… Plonk… Plink… Plonk…”
Down the hallway a door was open, a harsh, flickering light coming from within.
The scent of brine was on the air. If I was not careful the Hot Dog Man would be coming by soon. Knowing time was of the essence, I darted inside, thinking I would simply find an old control room, or server stack. What I found was far more bizarre than that.
Sat in the middle of a bare room, was an ancient, black and white CRT Television. It was just like Abuela had, the kind with the wood panel case. Embedded in the case were two large, bakelite knobs and a series of buttons. The knobs were being patiently turned forward and back by two rusting robots of a design that easily pre-dated the spherical headed units we know now. Their faces were like a 1920’s pulp hero’s space mask. A hollowed out metal turnip, with a deep gouge for a grin and huge lenses screwed crudely into cavernous eye sockets. Their limbs were strange, noodly appendages with gripping claws at the end. Their bodies were like metal beer barrels with thick, stumpy legs sticking out, ending in crude box shaped feet.
The two robots scowled at the screen as a white dot moved back and forth, emitting a loud “beep” each time it changed direction.
On either side of the screen were two enormous rectangles, sliding back and forth, controlled by the creaking robots and their gripping claws.
Pong. They were playing Pong.
Looking up at the score it read “0-0”
Looking to the right of that was something I did not expect. A clock. The game had been running for 31 years 2 months 4 days 6 hours and 19 minutes…
They had been playing since Pong was first released in 1972.
Perfectly matched. Forever the equal of each other. I backed away, not wanting to interrupt something older than I was. A Great Game, set to last forever between perfectly matched opponents.
Who would design such a thing I would never know, but even now, when I roam the lower sections I occasionally hear them faintly in the distance.