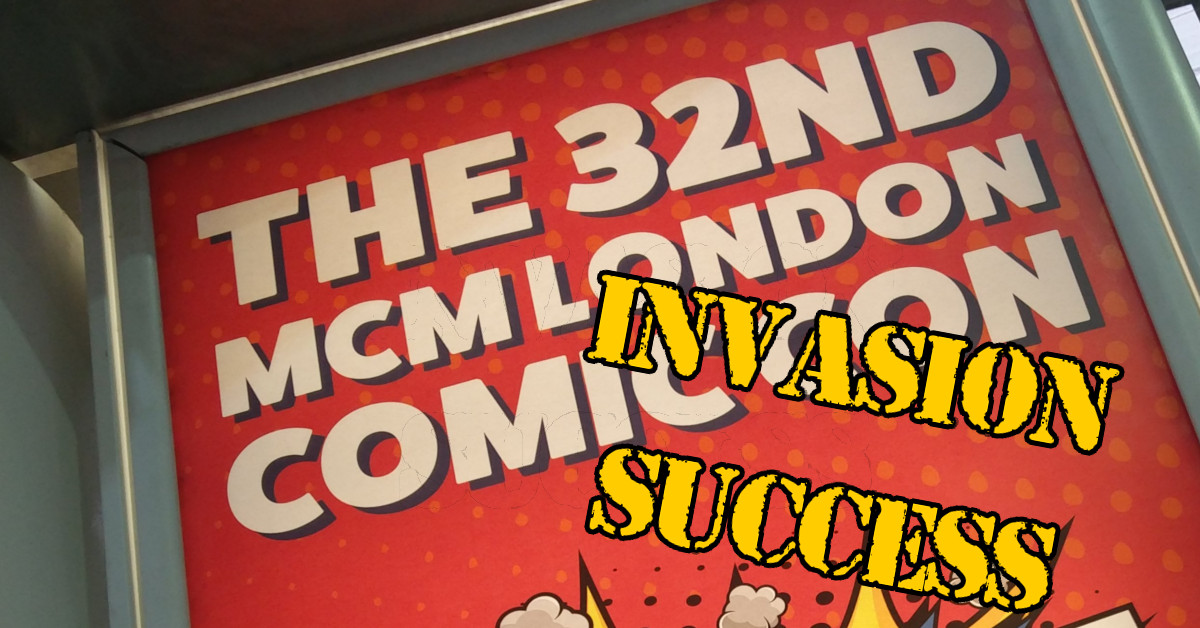 Every year for the past 7 years now, Toy Soldiers Unite has been at the MCM Expo in London. It is one of the largest conventions in Europe for everything related to movies, comics, TV, games and more and is regularly attended by over 100,000 guests. This year has been no different.

Our table this year was a smorgasbord of the talents and creations of Toy Soldiers, including masks by Lt. Grimm, paintings by Lt. Sophie, a cornucopia of hama bead accessories by Annelise, and my own Dungeons & Dragons cases, as well as official TSU merchandise. On top of selling things, many came to the table to see TSU itself to get updates on our continued march towards World Domination, and share their own adventures with us. We met new recruits, and were visited by Toy Soldiers from long ago still fighting the good fight with creativity and imagination.

On top of all that, having a table allowed us a perfect vantage point to witness the utterly stunning and amazing cosplays created by thousands! From quick 1 hour costumes, to ones that had been in the works for months and months. The work that had gone into some of these designs bordered on the obsessive, and they were all magnificent. It has added fuel to my own fire to create a cosplay that will blow people away.

Now, witness the power of this fully loaded and operational comic con!