Toy Soldier Of The Week 6 7 years ago 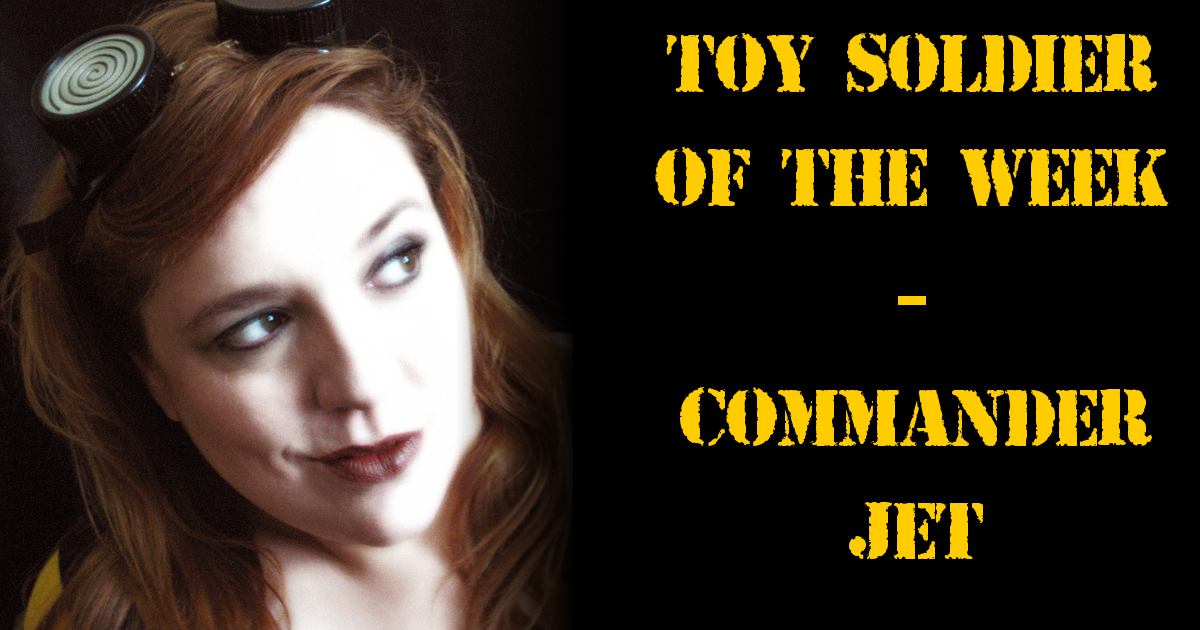 It is with great personal pride, and great honour, that I can announce that this weeks Toy Soldier Of The Week is the wearer of the greatest boots, collector of many a gasmask, and highest flier of them all, Commander JET!

Commander JET has recently stepped down from her position as Administrator, due to her commitments elsewhere, but as she remains a Toy Soldier, the “Admins don’t get TSOTW” Rule no longer applies.

As such, I think I speak for everyone in the Army of Toy Soldiers, when I say, THANK YOU. Thank you for years of guidance, leadership, missions, propaganda, invasions and fun. Without your continued efforts, we would not be standing where we are now. In fact, it may be that the Digital Bunker might have closed its doors forever, without you.

On a personal note, she has not only been my Commander, but my mentor and friend, and I hope to continue on as the administrator she inspired me to be.

We, the Army of Toy Soldiers, SALUTE YOU!