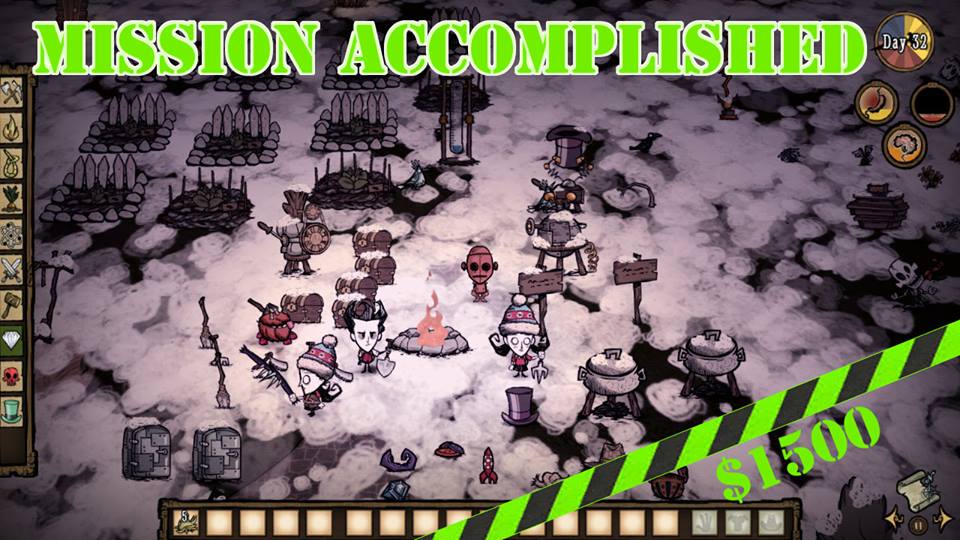 Last weekend, Toy Soldiers from across the globe gathered together to raise money for the Alzheimer’s Society.

Not only did we smash through the $1000 target (which was last years Gamin Marathons total), but we also smashed through the secondary target of $1500, raising a total of $1565! Donations will remain open until this Wednesday for anyone who wishes to donate further.

This year we played two games. Minecraft and Don’t Starve Together, from 8pm on Friday until 3pm on Sunday, and it is thanks to Lt. Sophie’s organizing that everyone who partook had a smashing good time. We reached out for comment, but apparently she wont stop hugging the coffee machine which aided her through the weekend.

Congratulations to you all, you have done an amazing job.