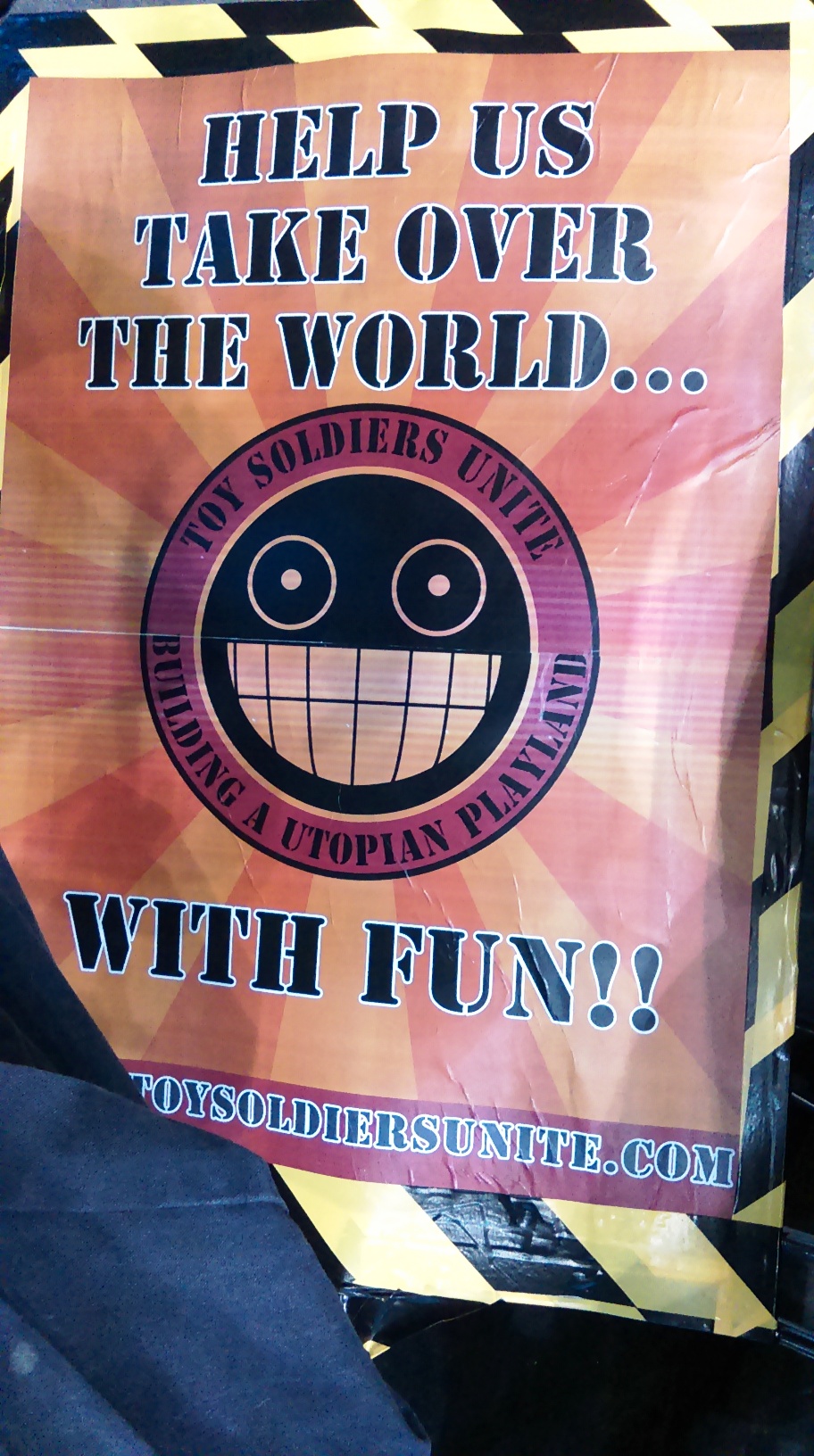 Mike Mcnanner here! I’m pleased to report that my solo-infiltration of the BUCK 2014 brony convention in Manchester, England, was a success. Hardly a surprise, given that bronies are known for being fun, creative and just a little bit insane. In other words, the ideal Toy Soldier!

While there were a few hiccups in the preparations for the infiltration (Namely not being able to get a table-application in on time), it still went well. With a placard strapped to my back, a stack of leaflets, and a Fluttershy pony plushie dressed in her own little TSU uniform, I went into the con, and came out with the names and emails of 28 bronies who were interested in becoming new recruits! I’ll shortly be sending them a welcoming letter and directing them to the website.
As well as recruiting and propagandising (If that isn’t a word yet, I’m making it a word), I also sat in on some panels, got some autographs, some loot, took part in some workshops and got my ass thoroughly handed to me in several rounds of the MLP trading card game (which is alot more complex and difficult than you’d expect of this franchise), and rocked out for 2 nights in a row to some pretty solid brony-music. All in all, a pretty solid convention weekend! And if BUCK 2015 does indeed happen (they’re still not certain they can get the money or manpower again next year, but we live in hope), I know I’ll be applying for a table the moment applications open!
Please excuse the rather mediocre camera quality in the photos. I was wielding a cameraphone, and only now do I realise in hindsight that I should have brought my SLR camera. And I would have gotten more photos, but I was just having too much fun!Mcnanner over and out.