We met with our fellow soldiers at 10:15. We greeted the freshly enlisted members. 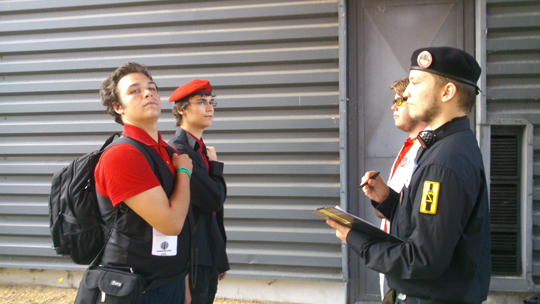 Luckily we had a few more uniform parts on us, so we could raise our numbers up to 2 soldiers, 2 engineers and a nurse and She joined later on in the progress of the invasion. We started to make propaganda. We had the papers and scissors, so it was about time to pick up our uniforms, and give every soldier the proper amount of propaganda. 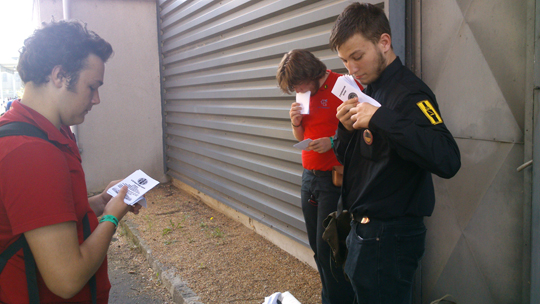 At first, we have dealt with a little problem with the tribution… 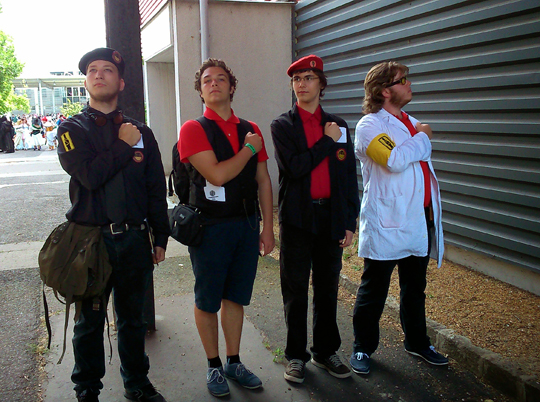 But I explained where is the right side is. ^^ 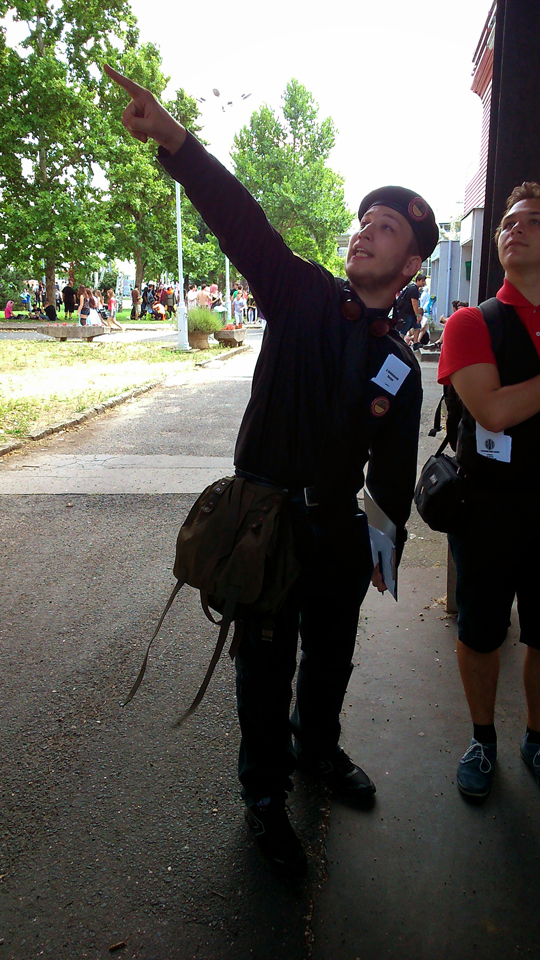 And the invasion started.
The first inquiring man was Darth Maul itself.
He got his propaganda and agreed to take a photo with me. The others were a bit shy at first. 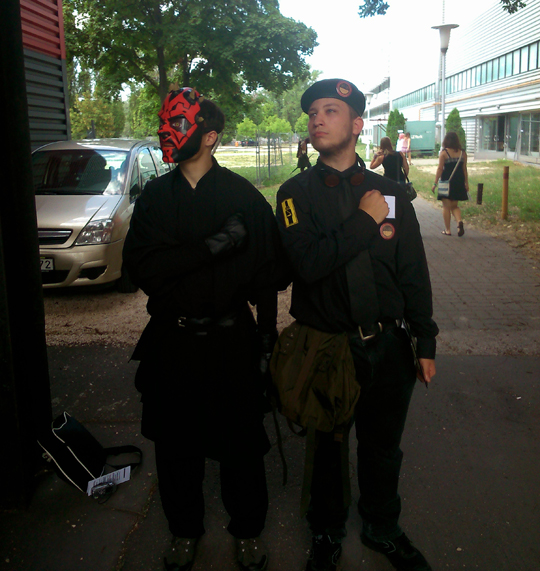 First we were hunting League of Legends champions.
Lucky enough, Jinx and Caitlyn shown no resistance. 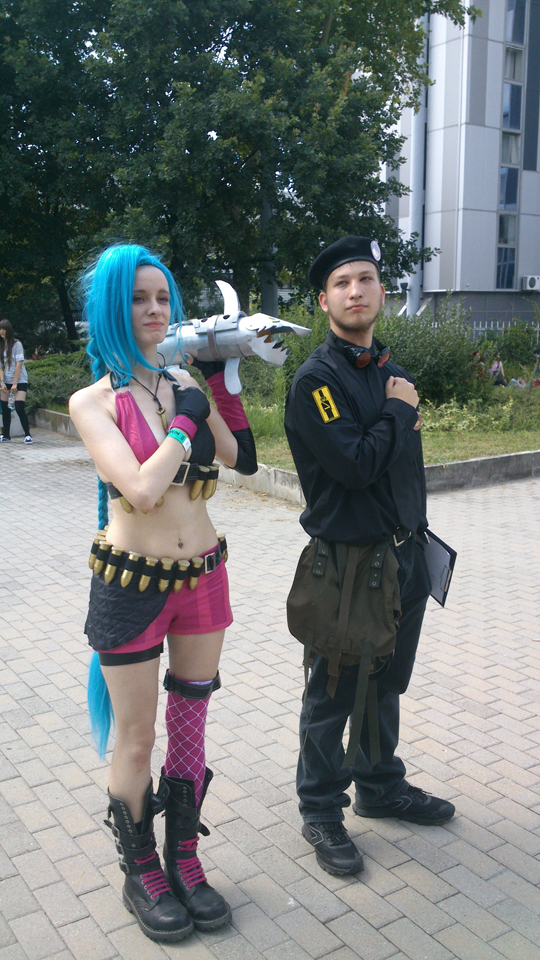 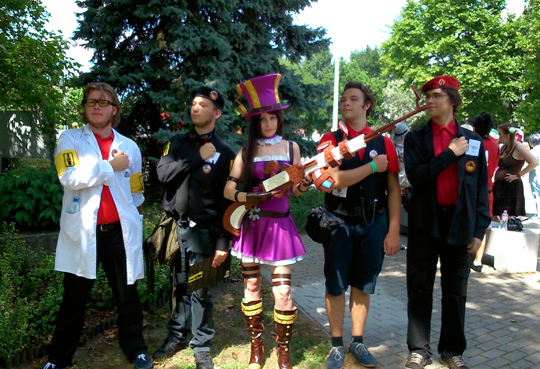 And as we marched forward it was only a matter of time that we find the signs of another army. It was the 501st legin of the stormtrooper army. We finally got an agreement. The Galaxy is theirs, the World is ours.

Our professor happened to find an ancient warrior. He was searching for an army, or something. We sent him back to his time. He was thankful, and promised to help us in the propaganda in
his own millennia. 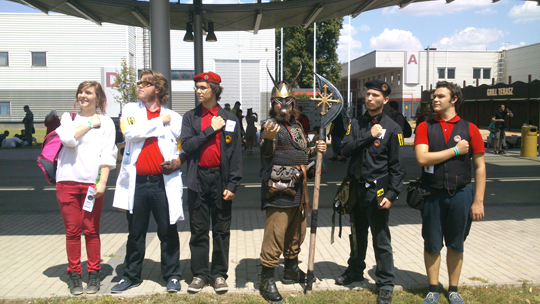 In the way we find another survivor. We told him about the best place in the ruined land…The Utopian Playland! 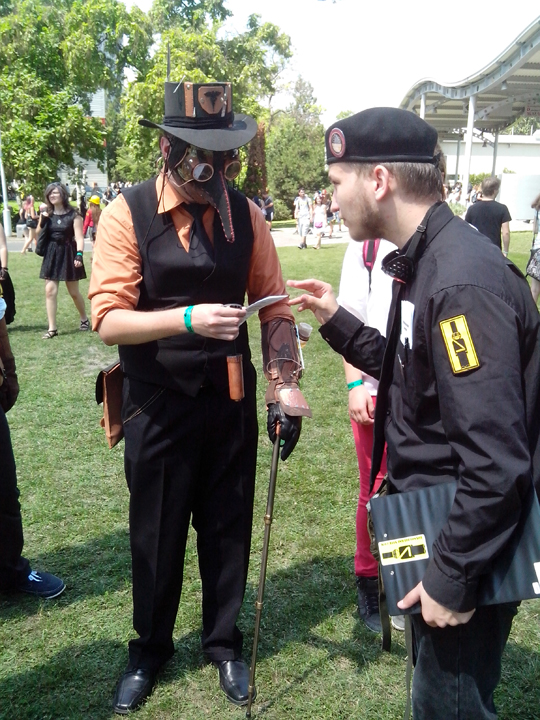 But some think we are evil… So we made proof we are friendly and good men! Everyone loves animals, as we are! :3 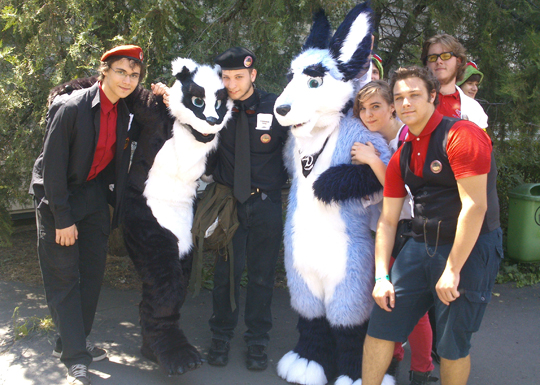 To our big supprise, someone was looking for us. The translation of the sign is: ‘We are looking for idiots!’

But the con was about to end, and we still had many propaganda in us. Luckily, here came the con train! People were happy to take one of our leaflets or manifestos. 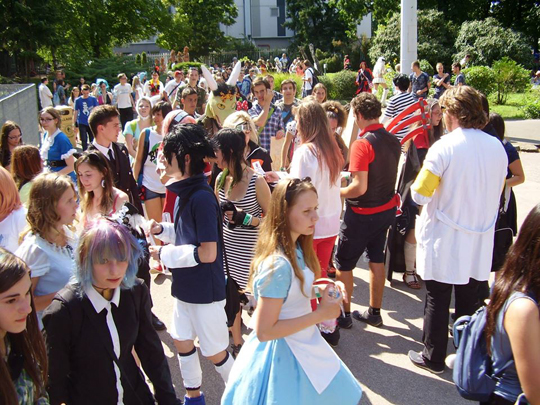 The invasion was a big success! #1115 already have 4 new soldiers by this time.