You are here: Home / News / News / The Singularity and You: A Toy Soldier’s Brief Introduction

The Singularity and You: A Toy Soldier’s Brief Introduction 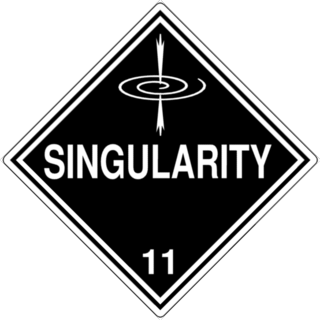 The Singularity and You: A Toy Soldier’s Brief Introduction
by Professor Falconer The law of accelerating returns states that innovation in technology is advancing at an exponential rate. Things that were impossible even a decade ago, such as cheap cell phones that have cameras and internet access, are now extremely commonplace today; and in the next few years we will see innovations that will make the amazing achievements of today look commonplace, stuff that we can’t even fathom today will be so integrated in our society that we’ll wonder how we got by without them. The rate of this acceleration in innovation is theorized to reach such a speed that we will reach a point where humanity today cannot even fathom what will come afterward, thanks in part to the development of artificial intelligence, a man-made mind that far exceeds the capabilities of the human brain. This phenomenon is known as the technological singularity, or simply “The Singularity”. Our dear founder waxed on about this topic at considerable length in his songs and videos, and for good reason. If the Singularity proved to be beneficial to mankind, it would usher in a new age for all of humanity, an age that even the Industrial Revolution would pale in comparison to. Every field of science would achieve breakthrough after breakthrough and reach levels of understanding and clarity that we can’t even begin to speculate about right now. It would open up a world, if not a universe, of new opportunities and challenges. To put it in simpler terms, the very moment before the Singularity occurs is our current barrier in all aspects of art and science. Once that barrier is smashed, however, humanity is taken to the next level.

As Toy Soldiers, our duty is to create fun, foster imagination, and nurture creativity. We strive to represent the optimistic possibilities of the Singularity with these three goals and in doing so we spread that positivity in our communities. We look for a Utopian Playland, but that isn’t a place. There are no fences or buildings or shrubberies there. The Utopian Playland that we search for, Toy Soldiers, is the Singularity. It’s our job to make sure that it truly is Utopian.

I’ll see you there.