You are here: Home / News / Propaganda / The Madds – A Puppet Series by Sgt. Stina Xer

The Madds – A Puppet Series by Sgt. Stina Xer 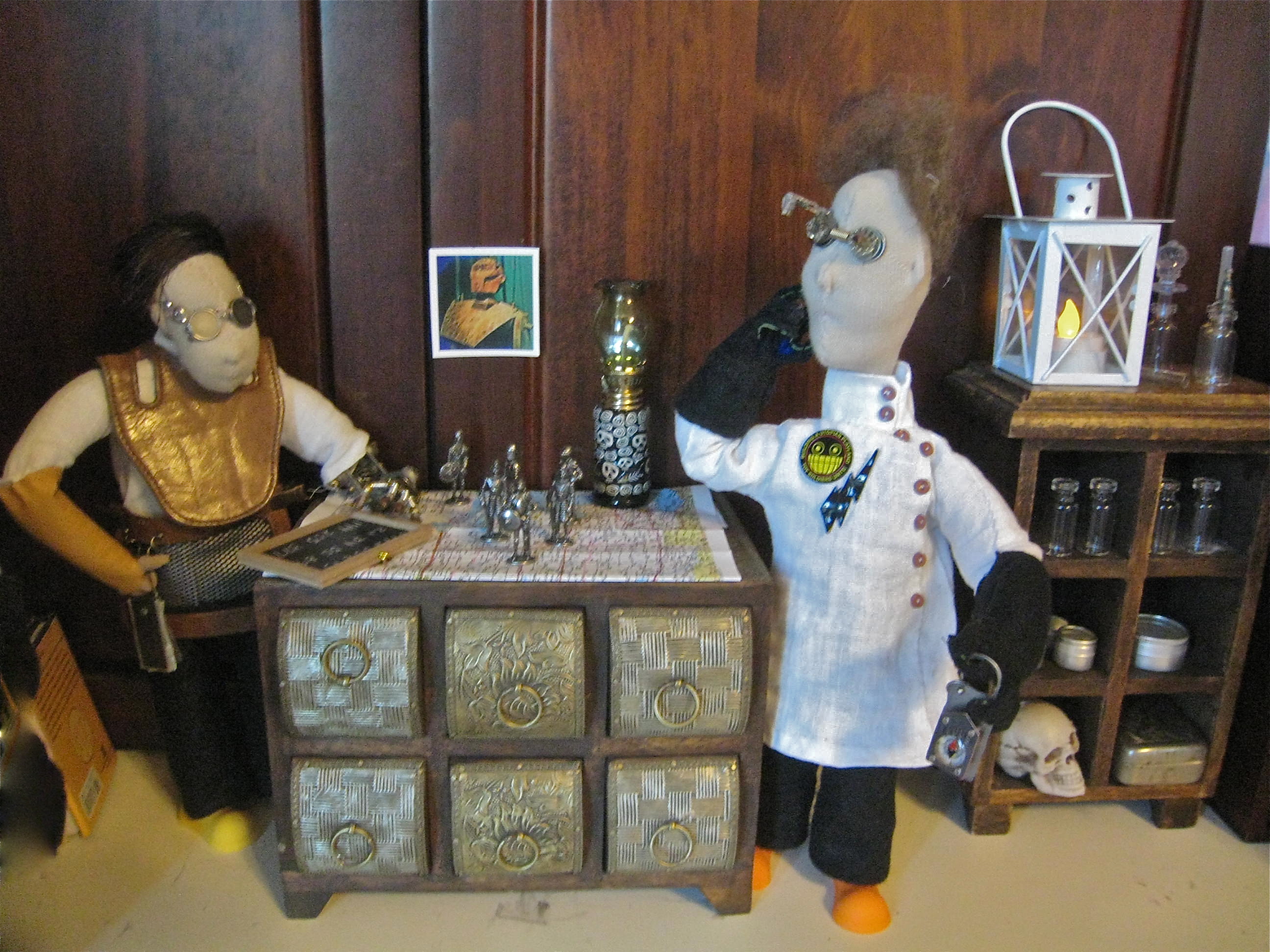 When the Madds (a group of 4 made scientists loosely affiliated with the TSU) heard of the evil anti-fun-ray beacons, they were immediately interested. Sergeant Stina Xer decided to engage in surveillance, however, as you can never be sure about the loyalty of a mad scientist. Here are the initial surveillance photos of the Madds in their study and her field notes explaining the photos.