News, Toy Soldier Of The Week 5 8 years ago 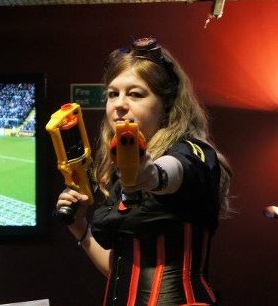 Lt. Grimm is this weeks Toy Soldier Of The Week.

She’s been nominated for her efforts during Toy Soldier Day in London, where she wrangled and herded the Toy Soldiers and put together an awesome day for all. Lt. Grimm has proved invaluable to the Army since she joined, and has helped organize and lead many an invasion and event. We can’t thank her enough for all her past and ongoing work.

Lt. Grimm. We Salute You!