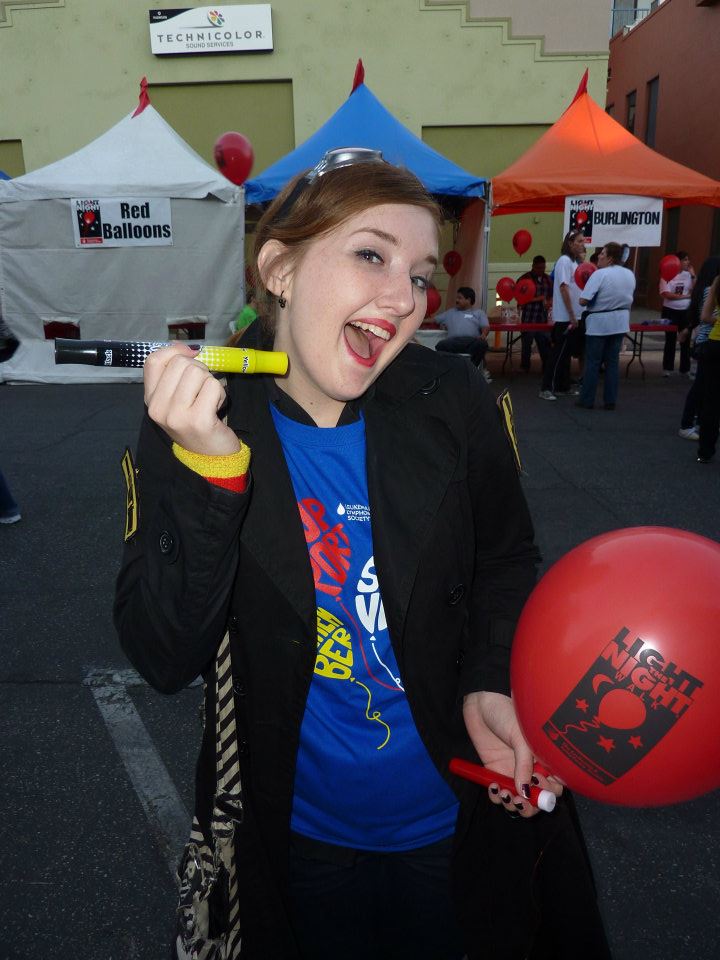 Toy Soldiers Unite to Light the Night began in 2009 and has continued annually since. However, this year’s venue moved from its Floridian origins to Hollywood, California, where Toy Soldiers marched alongside acting notables such as James Remar, Christian LaBlanc, Michael C. Hall, Jack Wagner, and Hunter Tylo. Soldiers of Division 1123 The Fibonacci Division walked against deadly blood cancers in the Leukemia and Lymphoma Society’s Light the Night Walk on October 1, 2011, an event at which over half a million dollars was raised to help save lives. Thanks to the kind hearts of friends, families, and fellow soldiers, team Toy Soldiers Unite contributed $837.75 toward the noble philanthropy.

Between arrival and kickoff, the soldiers received balloons, T-shirts, free food, and various toys as a reward for their efforts. They made a banner with provided markers, and they partook in teeny-tiny little cupcakes that may be useful to repurpose for brain washing purposes at a later date. But not on this night. This was not a night for Toy Soldier propaganda; this was a night to show the community that Toy Soldiers care about the state and future of our world and society.

The merry man and ladies of the black and yellow stepped alongside a marching band and pirate-attired participants, in addition to a few other wild getups. Attendees crossed all age, racial, gender, and religious barriers, united to save lives. To keep spirits high during the trek, the Toy Soldiers sang various positive tunes, including the Toy Soldier March and anything cheery with the word “light” in it, like Rocky Horror’s “There’s a Light” and a non-denominational rendition of “This Little Light of Mine.” As their voices carried through the crowd, each fun-enforcer felt a sense of pride and accomplishment knowing that their months of tireless fundraising for this selfless invasion was an act of true generosity toward a Utopian Playland untouched by illness or worry.

Submit your Mission Reports via the contact page to have them feature in the news!