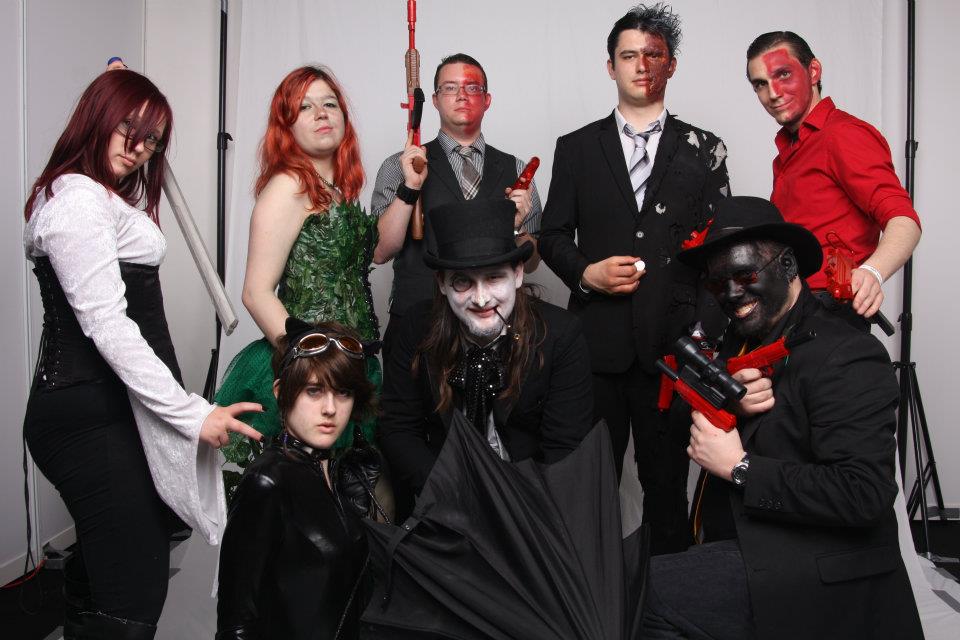 On October 29 and 30, Toy Soldiers of Division #118 TSU-UK convened on the London Comic Con known as the MCM Expo. With attendees from over 24 different countries, the Expo declared record crowds this year, thousands primed for some good ol’ brain washing. Armed with an elaborate booth, robot smiles galore, plenty of propaganda, and an unparalleled enthusiasm for fun and mischief, the British crew engaged in 2 days of near non-stop recruiting and playtime. Attending soldiers boasted original and creative contraptions for merriment and mind control, including Monte’s marvelous robotic arm, paper box soldiers, bubble blasters, jumping stilts, and little light-up doodads.

Still together between convention operation hours, the soldiers also attended an Abney Park performance and plotted some diabolical future cosplays. On the final day of the convention, several soldiers dawned Batman villain attire in a festive group cosplay. Surely the citizens of Gotham would run in terror from such maniacal minds and a beautifully executed homage to anarchy.

By the end of the expo, the soldiers were exhausted but satisfied. They have come to be known as Expo regulars, and each year they bring smiles to so many faces at the con. There is no doubt that next year will yield greater numbers in recruits, grins, hours of play, and perhaps even sinisterly attractive Toy Soldiers dressed as comic book villains. We can always hope on that last one.