You are here: Home / About TSU 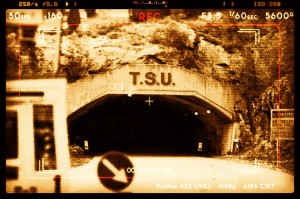 In early 2011, Commander JET and Sergeant Dutch found themselves to be the owners of a digital bunker, which is located beneath [REDACTED], home to a very unique and unusual army.

The bunker, with its unknown power source, and endless corridors and levels that stretch ever out and ever deeper, plays home to many creations and creatures, thousands of creative and passionate Toy Soldiers, countless robots in various states of functionality, hamsters in wheels fed on… well, you don’t really want to know.

But there are parts of the bunker that are heavily secured behind steel doors and reinforced concrete walls. Rumours of secret machines, incredible devices, and experiments gone horribly wrong.

Having seen the destructive capabilities of armies around the world, the torment and anguish they inevitably cause, the two agreed that the Army of Toy Soldiers would not be for destruction, but for creation. 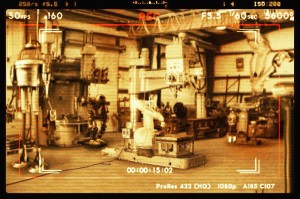 And so, together with thousands of members across the globe, artists, musicians, writers, makers, engineers, hackers, creators, people who had a passion and talent for having fun, while doing what they love most, they began their mission of a world makeover.

Using whatever resources are at their disposal, be it printers or pen and paper, decade old computers or the latest technology to escape from a laboratory, and even giant robots to help with the more mundane tasks so that others can focus on their passions, the Army of Toy Soldiers infiltrate and invade their way across the globe.

Their targets? The bored. The dispassionate. The unsure and the confused. Led astray by decades of artificial hopes and marketed dreams.

By admitting immediately that what they say is propaganda, the Army of Toy Soldiers teaches others that nearly every billboard, advert and TV show is an attempt to numb the minds and imagination of the world. 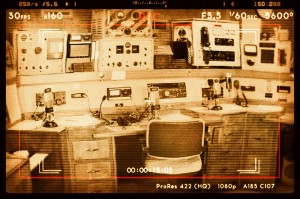 Join us, and we’ll work together to make a better world, a world with more fun, a world where every man, woman and child can embrace their passions without fear! Let us create a Utopian Playland 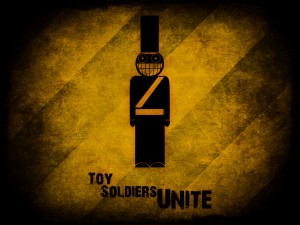